Suarez Biting the Hand that Feeds

Epilogue 26.4.13
Suarez received a ban of 10 games from the FA Independent Regulatory Commission (IRC). Suarez was immediately said to be considering his future in the English game notwithstanding that the ban is likely to be effective worldwide.
NB The FA can apply to FIFA under the FIFA Disciplinary Code to make the ban apply equally in each and every country if the infringement is 'serious' (examples of which include doping and match fixing, but clearly conduct attracting a 10 match suspension is 'serious'). Perhaps they wont in the hope that Suarez may leave English football.
The IRC clearly decided to make an example of Suarez and took account of his appalling disciplinary record. The reasoned decision has just been published. Suarez and Liverpool publicly stated before the verdict that they did not believe that there were grounds for departing from the usual 3 match ban for violent conduct. If so, they got it badly wrong. They somewhat acknowledged this by deciding not to appeal. Whoever is in control of LFC PR needs a long hard look at themselves.
Brendon Rodgers suggested that the IRC had been unduly influenced by adverse comments by the Prime Minister. This is both irresponsible and absurd. Action should be taken. Mr Rodgers' judgement as a manager must also be called into question.
Original Story
I have no idea how much Luis Suarez has earned from football. I accept that he is a very talented player. I was slightly perturbed that he was recently named as a candidate for PFA Player of the Season. I was appalled by the way Liverpool FC under Kenny Dalglish's management supported a player accused of racist abuse by wearing the infamous training t - shirts before a match see here.
Perhaps it is true that you reap what you sow. Although they deny it and state they want Suarez to stay, Liverpool may now be in possession of an asset they feel they have to sell, but which has become tainted goods.
What am I talking about? Yesterday Suarez quite deliberately bit the arm of Chelsea player Branislav Ivanovic during the Anfield EPL clash. Why? Heaven knows, but the video footage did not seem to suggest any reason whatsoever (hard to come up with a good reason in any circumstances!)
On Friday at the PFA Awards Dinner will Suarez show up in case he wins? What an appalling embarrassment for the Player's Union that would be. Let's hope for everybody's sake that the votes go in another direction (Bale or Van Persie perhaps).
Suarez subsequently apologised and Liverpool called his conduct 'unacceptable'. For stating the obvious they were said to have handled the situation well. Their every utterance since seems to have undermined that position. Suarez requested that the fine meted out to him by the club should go to the Hillsborough Families Support Fund. One cannot but feel the hand of the PR department behind that pronouncement. Of course Suarez shamed the club again on the day that Liverpool fans were paying their respects to the indomitable Hillsborough Mum, Anne Williams, after she lost her fight for life this week.
Suarez's career has been littered with unsavoury incidents including incredibly another biting incident (he went for the neck that time) whilst playing for Ajax in 2010. He received a 7 match ban from the Dutch FA.
The referee at Anfield on this occasion missed the incident. This was forgiveable given that it was a sly off the ball attack on the Chelsea defender. As I have argued elsewhere these incidents could be resolved swiftly by the use of video technology and an official in the stands see here. Although a sending off would not meet the justice of the case.
It opens up the necessity for further action by the FA. Suarez has tonight been charged by the FA with Violent Conduct and can expect to appear before an Independent FA Disciplinary Panel. He knows what that feels like. They will have to take into account the player's terrible record. Only last season he was banned for 8 games for the Evra racism incident and for a rude gesture at fans. The likelihood is that Suarez will be banned for more than the 7 games he received in Holland.
Should he be prosecuted? In the UK criminal prosecutions for acts on the field of play are reserved for those situations where the 'conduct is sufficiently grave to be properly categorised as criminal'. Relevant factors according to Woolf LJ in Barnes might include, inter alia, the nature of the sport and level of the participants involved, the nature of the act, the degree of force used, the resultant injury or consequent risk of injury, and the intention of the perpetrator. Prosecutions are rare. Nonetheless those engaging in off the ball incidents are flirting with a danger which goes beyond the wrath of the governing body.
In my view Suarez would have escaped criminal prosecution anyway, but as it transpired his victim Ivanovic, when spoken to by Merseyside Police yesterday, indicated that he did not wish to make a formal complaint. No doubt he was utterly baffled by what Suarez did. Suarez clearly has psychological flaws in his make up. Nonetheless Ivanovic's calm non reaction on the field helped to defuse the situation. Praise where praise is due.
An ordinary person who bit somebody in an unprovoked attack would expect to be prosecuted, potentially find themselves in the Crown Court and conceivably receiving a custodial sentence. Sporting specificity indeed.
Suarez on the other hand should be made an example of by the footballing authorities. And Liverpool Football Club should ask themselves whether they have their priorities right.
Posted by GIBBSBARRISTER at 11:36 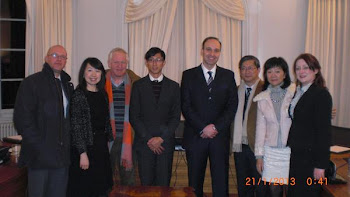